So begins Will Ferguson’s latest novel, 419, the story of a young woman in search of her father, who has gone missing in the aftermath of a common but insidious internet scam. The novel is named for the area code where these scams originate: Lagos, the capital of Nigeria. What she finds in the underworld and alleyways of Lagos will change her life forever.

Vue magazine calls Will “a superb story-teller. He “perfectly lays in all the bits and pieces…He does so with such a subtle hand…that you’re always wondering but can never quite guess until it’s time for the payoff.”

The new thriller is a departure for Will, who has made a name for himself as Canada’s Bill Bryson. Will is the first person to ever hitchhike the length of Japan. He also walked 560 miles across Northern Ireland in the rain and has travelled from Yukon to Prince Edward Island. Born closer to the Arctic Circle than to the American border, Will’s wanderlust has carried him to diverse and dangerous geographies and given him material for a bookshelf’s worth of travel (Beyond Belfast, Hitching Rides with Buddha), memoir (Coal Dust Kisses), literary fiction (Spanish Fly) and humour (Why I Hate Canadians, How to be a Canadian, and Canadian Pie).

Notes The Boston Globe: “As a wordsmith and a traveller, Ferguson knows where he is going.”

In 2002, two Will Ferguson novels (Happiness and How to Be a Canadian) were shortlisted for the Stephen Leacock Medal for Humour. Happiness won. He was awarded a third Leacock Medal in 2005 for Beauty Tips from Moose Jaw. His work has been published in more than 20 languages around the world.

Will lives in Calgary, in the foothills of the Rockies, with his wife and their two sons. 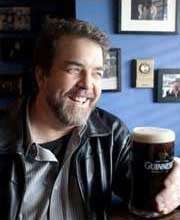 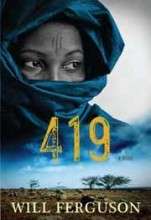