Y.S. (Ying) Lee has burst onto the young adult writing scene with the first two titles (A Spy in the House, The Body at the Tower) of a gripping new mystery series—The Agency. The books have already been translated into seven languages and have been shortlisted for the Agatha Award and the Ontario Library Association’s Red Maple Award, and A Spy in the House has been nominated for the inaugural John Spray Mystery Award for Young People.

Armed with a PhD in Victorian literature and culture (she is also the author of Masculinity and the English Working Class: Studies in Victorian Autobiography and Fiction), Ying has drawn on her academic expertise to create the rich historical backdrop for her lively, tightly wound novels. The series is set in London during the Great Stink of 1858—a time when toilets flushed right into the Thames and the water was pumped right back out for cooking and bathing; the smell was so disgusting that future prime minister Benjamin Disraeli once fled the House of Commons with a handkerchief over his nose.

But these books are about much more than sewage and, like all great stories, they ask timeless questions. What do smart, unconventional young women do when their choices are limited? “If you weren’t a good little girl, and you didn’t have a lot of money,” Ying wondered, “what on earth happened to you?” Thus she imagined a bold alternative fate for her scrappy young heroine, Mary Quinn—orphan, thief, and undercover agent living in Victorian England.

Born in Singapore and raised in Vancouver and Toronto, Ying now lives in Kingston, where you may see her writing at the library or in a local coffee shop. 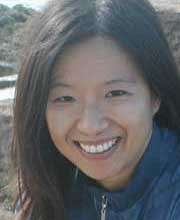 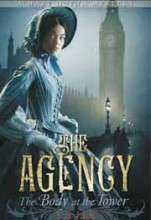