Appearing in: 7. Without Apology: YA Fiction, 46. Lady Franklin Writes: Where Historians Dare Not Go 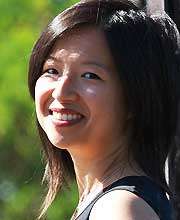