Described as one of “the world’s most engaging science journalists,” Ziya Tong is perhaps best known as the longtime co-host of the Discovery Channel’s Daily Planet. Before Daily Planet, Ziya hosted ZeD on CBC, earning a viewer’s choice Gemini Award for best lifestyle host. In 2007, she both hosted and produced Wired Science on PBS and The Leading Edge on The Knowledge Network. She also served as a correspondent on Nova ScienceNOW alongside Neil deGrasse Tyson, and is currently the vice chair of WWF Canada.

In addition to her award-winning television work, she has also written for Wired magazine and blogged for Wired Science, as well as producing the weekly column “Ziyology,” which shares her love of wonder, science, and technology. In 2019, she defended Max Eisen’s memoir By Chance Alone in the Canada Reads competition, ensuring that the book won the competition.

Ziya is also an avid traveler who has visited over 70 countries. Her book The Reality Bubble: Blind Spots, Hidden Truths, and the Dangerous Illusions that Shape Our World explores the wonderous and dangerous hidden worlds that shape our daily lives, and was described by David Suzuki as “required reading for all who care about what we are doing to the planet.”

Appearing in: 35. The Reality Bubble 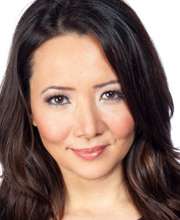