A Legacy in Pictures: Canada’s History of Comics

It’s an oft-cited fact that the very first superhero has Canadian ancestry. Toronto-born artist Joe Shuster comprised half the duo responsible for creating Superman (alongside American writer Jerry Siegel) in 1938. The city of Metropolis was likely modelled after Toronto, and the Daily Planet (the newspaper where Clark Kent works his day job) was named after the Toronto Star–then-called the Daily Star, where Shuster once held an after-school job. 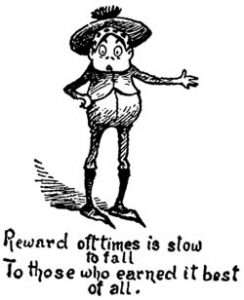 While Superman is nothing to sniff at, the landscape of Canadian comics is a little larger than Clark Kent, and we’ve curated a few interesting pit-stops on the long road that is Canadian comics.

The Brownies was a popular series around turn-of-the-century Canada, created by Canadian illustrator Palmer Cox. The Brownies were fairy-like sprites who liked to pull pranks and perform good deeds for sleeping humans. The Brownies were one of the first comics to be merchandising darlings–from paper dolls to card games to bowling pins to wallpaper, the Brownies were an industry all their own. Moreover, it’s said that they influenced many an artist, from Beatrix Potter and Walt Disney. 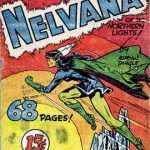 Nelvana of the Northern Lights (debuting in 1941) was not only one of the first female superheroes, she was also the first Canadian one. Daughter of a mortal woman and the King of the Northern Lights, Nelvana protected the people of the North with her abilities to turn invisible and travel at the speed of light. Her adventures took her to lost kingdoms, distant dimensions, and even led her to oppose the Axis Powers in WWII. 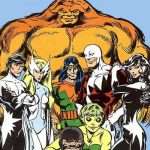 There are even more Superheroes with Canadian pedigrees—the X-men’s Wolverine, for example, started out with Alpha Flight, a Canadian superhero team created by John Byrne. While not Canadian himself, Byrne’s series was unapologetically Canadian, with a pan-Canadian cast including heroes from Yellowknife to Newfoundland. While not without some stereotypes, the series is notable for featuring a cast of complex and human heroes, including the first openly gay Marvel hero: Montreal-born Northstar. 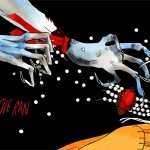 A more recent comic is Emily Carroll’s Through the Woods, a gorgeous collection of fairy tale and horror-inspired comics. Carroll is a master of tension and creeping dread, and every comic is a glorious slow-burn of mounting horror, gorgeous page composition, and evocative colour-work. If you want a comic to keep you up at night, Carroll’s Through the Woods won’t disappoint. 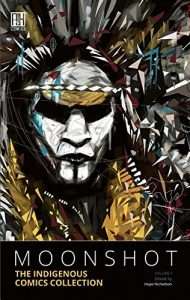 Moonshot: the Indigenous Comics Collection, meanwhile, is a 200-page anthology of short comics from Indigenous creators across North America, kickstarted by Toronto-based editor Hope Nicholson. Featuring 33 stories by First Nations, Inuit and Métis creators, this anthology is a gorgeous spread of comics ranging from superheroes to the surreal. In full colour, the anthology also showcases a variety of artistic styles and moods, culminating in a powerful collection of stories.

Together, these comprise only a few notable Canadian comics—what are some of your favourites?